When Luke Murray left his work with Presbyterian Youth’s camping ministry and embarked on an MTS apprenticeship with AFES at the University of Wollongong throughout 2018–2019, he began to learn some valuable – and in some ways surprising – lessons about what true partnership looks like. 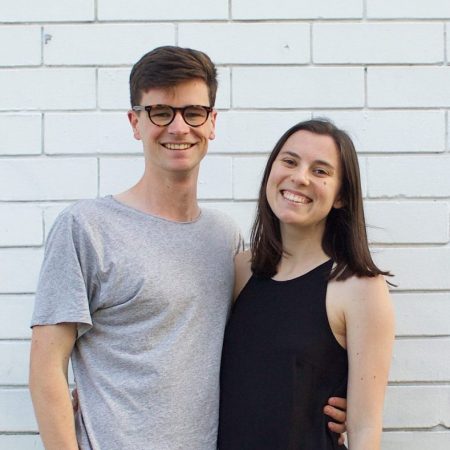 Before his apprenticeship could commence, Luke knew he would need to raise financial support. He wasn’t looking forward to it:

It was the thing I was most apprehensive about, coming into MTS. The thought of asking people for money to free me up to do ‘this thing’ for two years raised questions like “Am I worth it? Is it a valuable use of their money once they give me money? What’s the expected output? What’s the expected return?”

Thankfully, it wasn’t long before his perspective shifted. He became more and more encouraged, not only by people’s acts of generous giving, but by the genuine partnership in ministry that came along with them.

Luke began to see that the people who were giving their hard-earned dollars so that he could be trained in ministry were not just handing over money, but participating in mission with him. As Luke says, this was “a tangible way for them to express their investment in God’s work”.

And unlike other arrangements he’d heard of, such as where churches simply paid the amount needed to support someone in Luke’s position, this necessary engagement with his MTS supporters influenced the way he saw himself and his role – not just as “a worker with wage”, but as someone working as part of a wider mission team.

Not that it always felt great, or easy. There was the fear of asking, and of not living up to expectations … and then the very real fear, early on, of not meeting the necessary financial target to proceed. And sometimes, of course, people said no.

However, there were also some happy surprises. Sometimes people who Luke expected to decline were able to give. Sometimes people gave far more than he ever would have expected. This was an important lesson for Luke, who learnt not to assume and instead to trust God to accomplish his purposes:

Don’t say people’s “No’s” for them, thinking that they won’t be able to give, or they won’t give much … You shouldn’t say the “No” to them being involved in God’s work through you for them. You should ask them and then God will pleasantly surprise you.

Luke employed some practical methods in getting his support-raising going. He built a one-page website with an overview of what he was hoping to do and how supporters could be involved, and asked people to look at it before he met with them so that they would have about a week to think and pray about his request.

He also tapped into networks from earlier times in his life, like his work with Presbyterian Youth and his parents’ church where he had been a member growing up.

So, by God’s grace, his practical strategies worked and his MTS apprenticeship began. But as he went on with the process, the things Luke learnt about partnering with supporters went much further than just the practicalities of raising money.

The importance of partnership and prayer

Now that he has completed his apprenticeship and is studying at College, some of Luke’s faithful MTS supporters continue to support him in his studies. A few years down the track from those initial, anxiety-ridden support-raising days, how does Luke think about the support he has received now … and what would he say to someone approaching support-raising and perhaps feeling apprehensive like he did?

Firstly, he has learnt that supporters are part of God’s mission:

They’re not partnering with me for the sake of outputs and objectives … They are partnering twofold: to see God’s work and continue to see mission happen; but also to see me personally grow in godliness and the ability to be an effective worker in God’s harvest field.

Secondly, don’t put it off!

Just do it. Partnering in this way is a joy for people. It’s not a burden for them. They get to choose whether they want to participate with you in this mission work. So don’t say their “No” for them! Go out and ask them and trust that God will provide for you.

And what would Luke say to someone who is considering becoming a supporter? Well, one thing he has been pondering is the role of prayer in the MTS supporter relationship – and he has a thought-provoking take on this:

I would say that you should be more careful with promising to pray for someone than with promising to financially support them. It’s pretty easy to say, “I’ll give you fifty bucks a month” and never think about them again … but it is infinitely more valuable and a lot more costly for you in terms of your time to actually regularly pray and partner with someone in that way.

What this also emphasises is that people who cannot give financially, but who can give their time for regular, faithful prayer, are just as valuable as – if not more valuable than – those who give money. They should never regard themselves as ‘lesser’ partners.

There’s no doubt that MTS apprentices rely on supporters’ financial generosity and they can’t carry out God’s work without it; but what Luke has learnt on his MTS journey is that partnership comes in all sorts of different ways and from surprising sources. You just have to ask God and trust him to provide.

Luke Murray, former MTS apprentice, is now studying towards a Master of Divinity at Sydney Missionary and Bible College. He is married to Nicole, and they both work at St Luke’s Miranda.