Meet the MTS Board 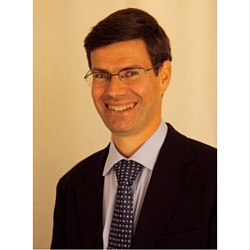 Peter Kaldor currently serves as the Managing Director of City Bible Forum and focuses on reaching people in the large cities of Australia with the gospel message to. After a career in banking and four years of study at Moore Theological College, he has been employed at City Bible Forum since 2000. Ben is married to Emma and has four children. He moved from Melbourne to Sydney to take up this role at MTS in 2007. He studied Civil Engineering at RMIT University Melbourne (1988-1991) and worked as a civil engineer for three years. He did an MTS Apprenticeship and studied at Moore Theological College (1997-2000). Ben worked for 6 years with AFES RMIT, MTS Victoria and Scots Church Melbourne in the early 2000s. Kirsty is an Organisational Psychologist specialising in culture, values and change management. As well as her corporate clients, she works closely with the Centre for Ministry Development. Kirsty is a Warden at her local church, is a member of an independent boys’ school Council and has been a member of the MTS board since 2011. David was admitted as a solicitor in 1985 and has since practised as a litigator, problem solver and strategist in construction and engineering disputes. David has acted for a variety of banks, insurance companies, corporations, liquidators, construction companies, developers, major mechanical, fire, electrical engineering, civil and dredging contractors and subcontractors in a range of jurisdictions across Australia. Client Portfolio Manager – Alphinity Investment Management
In addition to co-chairing the Gospel Patron Society, Andrew has an MBA in strategy and finance from Northwest University – Kellogg School of Management, and an MA in materials, economics and business from the University of Oxford. 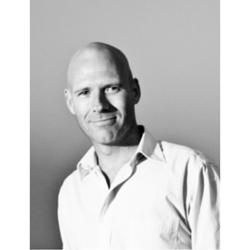 Since undertaking an MTS apprenticeship at UNSW’s Campus Bible Study in 1994-95, Greg has completed a Bachelor of Divinity at Moore College in 1996-99, then working in the role of the Lead Pastor at Hunter Bible Church from 2000 onwards. Greg is a current MTS Trainer and oversees a ministry team that is active in training a cohort of apprentices each year. Andrew joined Moore College in July 2013 soon after graduating with a PhD from the University of Edinburgh. He is also a graduate of Moore College and has served in the parishes of North Sydney and Strathfield before embarking on postgraduate study. Before spending 20 years with Presbyterian Youth, the last 15 as General Manager, Murray was a corporate tax consultant at PWC. He has an MBA from AGSM and a Bachelor in Financial Administration and Law (Hons) from UNE. Murray has had a long involvement in working with ministries with a view to expanding them and making them more sustainable. Sheridan has lived in Western Australia for the past 17 years.  She taught languages and Religious Studies in a number of Girls’ schools both in NSW and WA and is now heading up CRU West, the western division of the Crusaders Union of Australia.  She is currently studying for her Masters of Divinity and attends Providence City Church in Perth.  She is married to John and they have four children. Margie works for CMS NSW-ACT in identifying, encouraging and equipping future cross-cultural workers. She with her husband Simon and their two children spent 8 years serving with CMS in Namibia at NETS (Namibia Evangelical Theological Seminary). Prior to this they were part of planting Maitland Ev angelical Church in 2002. They returned from Namibia for Simon to take up a role at Moore College but plan to return to the mission field in God’s perfect timing.